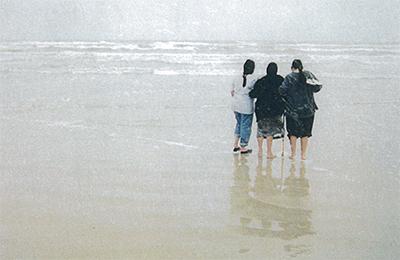 The Mithlo family is large. Lavina Chasenah Mithlo was a treasured matriarch of the family. It seemed like she was the hub of family gatherings, birthday celebrations, and holidays. Everyone in the family loved her and needed her attention. And most of the time, she was surrounded by children.

Early in 2002, my husband Harry Mithlo and I sat with Grandma Lavina and listened as she talked about her dream to ‘see the big water.’ She spoke of her daughter Elvina, who took her to so many places throughout the country and how she ‘waited’ for an invitation to the ‘big water’ because she traveled often to California. 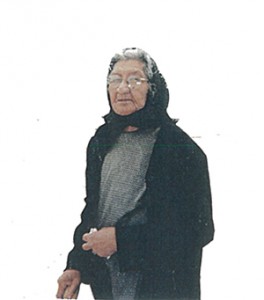 Harry and I visited Corpus Christi to see my Otoe-Missouria sister. We offered to take her with us to ‘see the Gulf.’ We began the planning for this trip almost immediately and made arrangements with Annette. However, as the date drew nearer, Grandma Lavina had many excuses of why she couldn’t go; she prepared meals for those who came to the sweat lodge; she kept a great-grandson and cooked for him; the church needed her and on and on…I told her that we would ‘kidnap’ her if necessary but she was going with us!

The day arrived, we took her to our home for dinner and early the next morning, we would begin the ten hour drive to Corpus. We could hardly wait to show her the sites along the way such as the Enchanted Rock near Fredericksburg, Texas. It was a sacred site to the Comanche and a place of vision quest for those seeking medicine, power, or a healing.

Along the way, she told us stories of the cactus, its use and healing properties. We listened to stories of her grandmother Mahkanacy who was a Comanche healer and how once she performed a miracle healing for a young mother-to-be who was so ill, the doctor asked the family to take her home to die. 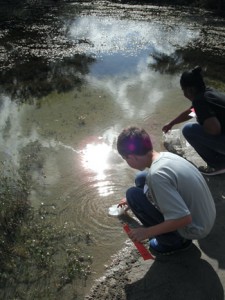 We arrived at Corpus Christi, and Annette and her husband opened their home to us. Annette videotaped an interview of Grandma Lavina and some of her tribal stories. Early the next day, an amazed Grandma marveled at the orange and lemon trees growing in neighborhood yards. We drove to a bird sanctuary near the university. She looked across the waterway and asked, “Are those ‘mingos’ real?” We were thrilled to tell her that yes; indeed, they were living flamingos and not pink plastic!

Grandma Lavina grew excited as we drove across the long bridge to get to our destination. We unloaded a metal chair for her so she could rest along the way without getting too tired. She gave us instructions on how she wanted to ‘see’ the big water. We were to take her half way to the water where she would sit. She would turn her head to the beginning place of the water on her right. She wanted to quietly scan the horizon of the water from the right to the farthest point on her left. After carefully observing the water, she would then ‘take off her shoes’ and with Annette on her right and me on her left, we would walk her out to the edge of the water. She wanted to feel the water with her feet. She wanted to ‘touch the water that touches the whole earth!’ We were moved. Somehow, we also understood that we would not talk but simply let Grandma Lavina fully experience everything she wanted to see. We would simply be silent witnesses.

Our next instructions were to walk with her to the water…she would leave her cane with the chair. Once we reached the water, she would offer a prayer for the whole earth. 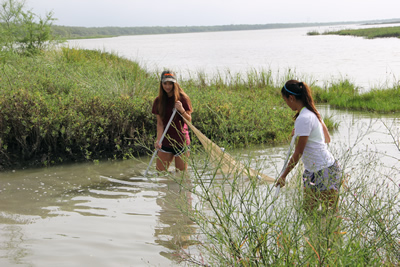 I looked out over the water as we waited for a sign that she was ready and witnessed an amazing site. In the distance; I observed the water slowly covering the sand and coming closer to our direction. It wasn’t a wave. It was a slow moving, thin layer of water. It passed me by and gently covered Grandma Lavina’s shoes! She giggled. The water came to greet her and ever so slowly, returned to its former place in the distance.

Grandma Lavina took off her shoes, which were now wet. We helped her up, supported her on either side, and barefoot, the three of us walked toward the water which was a distance away. She talked to us about the story of the ‘footprints’ in the sand and how we are never alone. After a time, she gave thanks for the journey that our ancestors made so long ago and for our journey too. She lived for one more year after this shared journey to see the ‘water that touches the whole earth.” We believe that each of us received a rich blessing by this shared experience with Grandma Lavina Chasenah Mithlo.

Click Here for Directions to the Nueces Delta Preserve